According to the report of Savills, Viet Nam is one of the fastest developing industrial markets regionally. The country has greatly competitive position to receive the flow of foreign investors, such as Apple’s manufacturers recently have raised their concerns over moving to Vietnam avoiding $200 billion tariff on goods produced in China.

In 2018, Vietnam remains emerging as the next Asian manufacturing centre. During the first half of the year, Vietnam received 1,366 newly registered projects with a total investment capital of 11.8 billion USD. In particular, the manufacturing and processing sector attracted 477 new projects, accounting for 39% of the total registered foreign directed investment (FDI), reaching 7.9 billion USD, increased by 12.7% over the same period of last year. The total FDI of Japan in Vietnam accounted for 32% with 6.4 billion USD, followed by South Korea with 5 billion USD and Singapore with 2.3 billion USD. 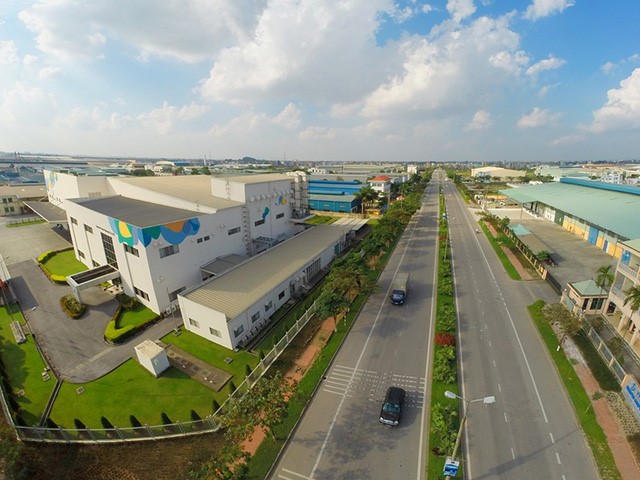 In addition, during the same period of first half of 2018, the Vietnam’s Purchasing Managers’ Index (PMI) had climbed to its peak since the first half of 2011, reaching 55.7 points which exceeded the expansion standard of 50 points. Increased output led to the dramatic number of additional recruitment from companies in June. Accordingly, the surge of new enterprises has also resulted in manufacturing growth in the next year. The Vietnam’s Index of Industrial Production (IIP) was 12.3% in June, 2018, increasing 10.5% year over year (YoY).

Savill has pointed out factors contributing to the promotion of Vietnam’s competitiveness capacity which include: the low labor costs, reasonable land rental charges, preferential tax rate, the participation in trade agreements, the proactive labor force as well as the convenient geological approach to natural resources and target market.

As estimated by the Ministry of Planning and Investment, Vietnam has 325 industrial zones (IZ) with the total area of 95,000 hectares, occupancy rate reaching 53% at the end of June, 2018. In particular, 231 IZs have been putting into operation, while 94 IZs are constructing infrastructure or compensating for land clearance. The demand for industrial real estate has been exceeding the supply of well-performed IZs with the total occupancy rate of 73%. Additionally, Vietnam has owned 17 coastal IZs with the total provided area of 845,000 hectares.

According to Savills, Vietnam industry has been considerably attracting foreign investment during the first half of 2018. The current supply of industrial property provides advantages for manufacture. Also, large scale industrial real estate deals have consolidated the believes of investor.

‘The government needs to promote the investment in core infrastructure and multimodal transport system to reduce the costs of logistics and respond to higher valued projects in the future. The government also needs to pay more attention on simplifying superfluous administrative and customs procedures as well to improve the connection among economic areas’, suggested Savills.